Anasayfa » ENGLISH » A new strategy to get more customers: the model railway industry is going full steam ahead 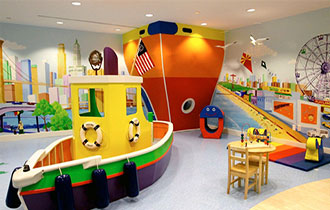 A new strategy to get more customers: the model railway industry is going full steam ahead 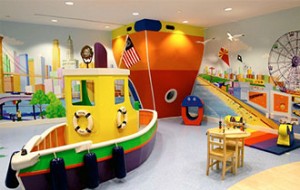 Manufacturers like Märklin, Hornby and others are showing that children can have fun with model trains, too. Because the real fascination of this toy or hobby is all the craftwork, construction, play and amazement. The segment started making products for beginners and specific target groups some time ago and with this new strategy wants to bring the focus back onto playing with model railways. The model railway market has gone through a far-reaching structural change  over the last fifteen years. The consequence:A smaller market and more competitive pressure. Brands have become more important in order to maintain or expand the market position. At the same time the number of new products has remained constantly high and collectors’ passions have been aroused with special products or country-specific  models. Dealers and manufacturers also exploited new distribution channels and technical details in order to create new buying incentives and satisfy different  preferences. More new products in the model railway segment The 1990 catalogue for new products published by the accessories supplier Busch comprised four pages. 25 year later it has 48 pages. Manufacturers reject the idea of a reduction, in order to improve the earnings situation  through lower quantities, as a matter of principle. The retailers want and are  demanding new products in order to keep the customers happy. Märklin took over 300 new products to the Spielwarenmesse® 2015. Fleischmann and Roco together presented around 1,000 new products with 20 model kit projects for the track gauges N (1:160), TT (1:120) and HO (1:87). That proves their significance and demonstrates how agile and alive the industry still is. And the companies are also discovering old virtues again. Steam locomotives are still the most sought-after items for serious model railway enthusiasts and collectors. The Märklin highlights include the German Federal Railroad (DB) class 18.5 steam locomotive offered exclusively for Märklin insider members, and the class G 5/5 and BR 57.5 heavy freight steam locomotives. Neither Fleischmann, nor Roco nor Hornby have failed to notice the fact that customers still  love steam trains. With their new model of the S 160 Class steam locomotive, Roco commemorates an outstanding engine that proved its worth as a freight train and passenger transport in the post-war years.

Different countries, different gauges
The growth in 0 gauge over recent years is another sign of the constant diversification in the product portfolio of some manufacturers and the need to  offer new products and satisfy special tastes. At the same time, the choice of 0 gauge products makes it easier for customers to choose. Naturally there are fewer new products in this segment in contrast to the dominant H0 gauge, which makes the choice easier. Switzerland and Austria are considered to be railway-loving countries. But  in England, where the railways were invented, some suppliers are running into obstacles. HO (1:87) gauge is generally considered the most common gauge. But in England OO gauge (1:78) is the most popular. There are differences in N gauge, too. England goes for 1:148, in Germany 1:160. O gauge is also more widespread in England than in Central Europe. Kato is the biggest manufacturer of model railways in Japan and their products are marketed by Lemke in Germany. Benelux, France and America are also important sales markets. Asia, however, is still rather a Terra Incognita. Experts estimate the export quota here at 20 to 30 percent.

Model railways for children
After years of structural change, the model railway industry started a new offensive at the beginning of this decade, led mainly by the market leader. The core aspects of this new growth strategy are new distribution channels and new target groups. This is the aim of the product line “Märklin my world”. PIKO has also joined the rejuvenation trend of “unpack, build and play”, with their “PIKO myTrain” range. ROCO has put its trust in the digital play world “Next Generation”, with which retailers, as the company announced at the Spielwarenmesse®,
can “roll out their consultancy competence”. The product idea combines virtual and real play scenarios for the first time in this genre. Other manufacturers such as Bachmann, Brawa or Hornby are focussing more on their traditional customers.

Model railway accessories from the 3D printer
For accessory manufacturers, attractive themes that appear on a seasonal basis are one of the main revenue sources. Faller, NOCH and Busch are good examples of this. Some people prefer “Buschheide”, a little village where the villagers live a traditional life and go to the pub after a hard day’s work, while others are more ecological and progressive with their “green stations”. We can see here how the main trends of our time are reflected in model railways. Years ago there was a gap between the supporters of traditional plastic injection  moulding processes and laser cut models; now the industry is entering the world of digital production. NOCH has a product range with 10 models in HO gauge and 4 models in TT and N gauge, that all come out of the printer. This could be an economically  viable solution to the problem of increasing the number of new products while reducing quantities. 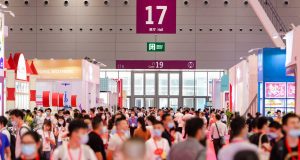 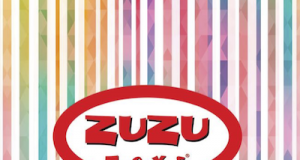